Phase II of the Smiths Falls Town Hall renovations is expected to be formally approved at the next council meeting. 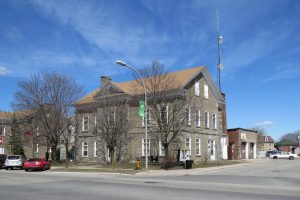 The renovation will include both interior and exterior renovations of all front line office spaces and reception.

This second phase of the project was originally estimated to at $2.5 million, but has since gone up to 3.1 million.

Director of Community Services, Art Manhire explains that is because the scope of work has changed. “Phase II came in a little bit higher than we had anticipated because we identified some of the shortfall that you get in building before the project actually happened,” Manhire Told lake 88.

“As an example, we could have had flooring, identified as substandard in the construction phase and it would have cost us more after we had awarded the contract and had the contractor on site,” he said.

Manhire says they think they have identified similar issues that should be addressed during construction resulting in increased costs as he said, “Identifying the shortfalls in the building, things that we didn’t get to before, that need to be addressed now, because we’re renovating the structure.”

The project is being funded through several envelopes including Building Reserves, Capital Reserves and a $900,000 loan.

← Haunted House returns to Crystal Palace for Halloween - OPP offers tips for a safe night of trick or treating Frontenac County asking all to stay away from Heart Lake, despite its appeal →