The OPP have identified the victim in yesterday’s fatal pile-up on the 401 in Kingston. 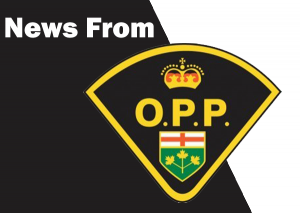 Matthew Robert Jamieson, a 33 year old from Nova Scotia, died at the scene.

They report that yesterday shortly after 2:30 p.m. officers from Frontenac Detachment of the Ontario Provincial Police as well as Kingston Fire and Frontenac Paramedics responded to a multi vehicle collision on Highway 401 in the west bound lanes between Highway 15 and Montreal Street.

Between 30 and 40 transport trucks and passenger vehicles were involved.

The west bound lanes on Highway 401 and Highway 15 were re-opened shortly after 4:30 this morning after the Ministry of Transportation checked the road and barriers and snow operations cleared the snow.

The investigation is ongoing.