The town of Perth is proposing to create and maintain a Skateway on the little Tay between Gore and Drummond Streets with access from Mex & Co. 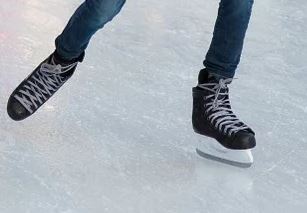 The idea was originally proposed by resident James Gutman and brought to staff by Mayor John Fenik.

“Our staff are going to maintain it and flood it and I think its’ going to be a great little addition to the town of Perth,” said Fenik.

Staff looked into the feasibility of creating the skating rink and have concluded that it’s quite doable.

“It won’t cost any extra in insurance, we’ve confirmed with our insurance provider that it’s covered by out existing policy,” said Brian Burns, town treasurer.

The skateway would run from between the Gore Street Bridge right in front of Mex & Co. down to Drummond Street.

“Staff will manage the surface conditions including flooding and snow removal and will determine when the Skateway is suitable for skating,” wrote Ballion in her report to council.

The Rideau Canal skateway maintenance experts will be consulted on ice thickness and staff say they will ensure that the ice meets or exceeds the minimum thickness before opening to the public.

A gate will be installed in the Mex & Co railing and a set of stairs will be added from the gate to the ice at a cost of approximately $800.

“So mother nature you really got to get on our side with this, we need some cold, cold weather because the skating rink, the Little Tay skating rink is going to be a reality come Feb 1st,” said Fenik.