The OPP reports that search warrants were executed in Montague Township and the Town of Smiths Falls on Wednesday by members of their Community Street Crime Units from Ottawa, Leeds-Grenville and Lanark Detachments, with the assistance of Tactics and Rescue Unit, Emergency Response Team and with the collaboration and partnership of the Smiths Falls Police Service. 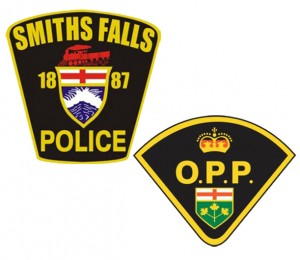 Numerous items were seized at both warrant locations on Blinkhorn Lane in Montague Township and Pearl Street in the Town of Smiths Falls including:

Shaun SCOTT, age 29, of Smiths Falls, Ontario was charged with:

The accused was held in custody pending a bail hearing at the Ontario Court of Justice in Perth.

Tabitha FINDLEY, age 31 of Smiths Falls, Ontario was charged with:

The accused was released from custody on an Undertaking with a scheduled court date of February 10, 2020 at the Ontario Court of Justice in Perth.